The relationship between health and food is NOT news. More than 20 centuries ago, a doctor from ancient Greece, rejecting superstitious beliefs, began to teach that diseases are not ‘punishments’ of Gods, but a consequence of the environment (which included the diet). Among his best-known phrases is: “Let your medicine be your food, and food your medicine …”. Can you guess who that doctor was? Hippocrates; who lived in the fifth century BC. Even back then, he already knew the importance of healthy eating . That is why he began to promote the consumption of fruits and vegetables.

However, most people are still surprised by results such as those published online in early April, which has caused quite a stir. The Global Burden of Disease Study (GBD) evaluated the effect of food risk factors on people’s health in 195 countries, finding that a poor diet is responsible for more deaths worldwide than any other risk, even more than tobacco !

The one solution: Improve the diet in all nations.

Something new? So far it seems like a little more of the same line that many health institutions have been saying for decades; among them the Spanish Heart Foundation, which has warned that the quality of our diet can reduce the risk of cardiovascular disease by up to 30%, and reduce the probability of having it again by 70%.

So, here I am, taking advantage of the buzz caused by the article to continue echoing this timeless and good piece of advice. Thus doing my part in making everyone increasingly aware.

20% of deaths are related to food.

However, in 2017, WHO also noted that, in the world, “at least 2.8 million die from obesity and overweight.” This makes sense, considering there are many conditions associated with a poor diet, beyond weight; such as cardiovascular disease, cancer and diabetes.

… And it gets worse

According to WHO, every year 17.9 million people die of cardio vascular disease every year. Yet, why is it not as talked about as other diseases? Cardio vascular disease is not alone in the top killers of world for sure, cancer is ever next to it and more feared, accounting for 9.6 million deaths on average just last year. But, this isn’t a discussion of which has the bigger body count or why CVD is less talked about than cancer, despite being the bigger killer; this is a cautionary tale, both of these mass killers can be stopped with by fixing your diet, eating naturally, and avoiding anything processed, from sugar to meats.

A bad diet goes beyond weight.

Although weight is a health factor coupled with a plethora of health risks, it has been used as an excuse for those who ‘consider’ that they have a healthy weight, to abuse their body and maintain a poor diet. We all have that one friend that can eat a lot and not gain weight due to their fast metabolism, and so they don’t think twice when it comes to eating junk food every day. These people are gravely mistaken, and a low or average weight is not an indicator of health. I believe that institutions have to be more assertive with this issue.

In fact, the same studies above showed that the main cause of food-related deaths was cardiovascular disease, followed by cancer and type 2 diabetes; all diseases that don’t only affect obese people.

… and also goes beyond age.

The GBD also indicated that more than 5 million dietary-related deaths occurred in people under 70.

You don’t have to watch the news to realize this as fact. How many times has someone passed away and you heard “he was so young” a bad diet doesn’t spare you based on your age. Just in looking within our personal circles, the cases of acquaintances who develop diseases such as diabetes, cancer and hypertension are more common and less far between, and unfortunately these disease kill people that have not even reached their 50th birthday yet.

With age comes wisdom but … Why wait?

Nowadays I still hear many young people use expressions such as: “When it affects me, I’ll worry about it”, “Something has to kill me”, or “I am still too young for that”; and thus justify their bad eating habits and postpone the adoption of habits to maintain a healthy diet.

Unfortunately, it is not until the disease affects them, or someone close to them, that people decide to make changes to have a healthy diet . In some cases, even those occasions fail to prompt people to live better, even in the face of those invisible killers they justify and comfort themselves by saying, “That is not going to happen to me.”

Young people, I urge you, don’t postpone healthy living any longer! Do not neglect your health believing that youth is eternal and that the body will not take its toll.

We pass down good habits to the next generations.

Many times it is the same parents who originate or support these unhealthy habits, and are not aware of the damage they are doing to future generations.

Parents, it is our responsibility to not only adopt a healthy diet, but we must do everything possible so that our children inherit these healthy habits. It will be one less battle that they will have to fight as adults.

According to the study, the main dietary risk factors include: a high consumption of sodium (or salt), and a low intake of whole foods and fruits. The study also mentioned that the abuse of the consumption of sugary drinks, being well above what in the study they call “optimal consumption“… In my opinion the latter does NOT exist, because sugar should be eliminated as much as possible from our diet if we want to maintain a healthy diet.

Although many studies have shown the negative effect that salt abuse, sugar consumption, and low consumption of fruits and vegetables have on health – and many institutions have made statements and campaigns on these negative effects – they continue to appear rampantly among society today. It is all too clear that we collective do not consider enacting these changes as ESSENTIAL in our diet.

It is time to reflect.

After reading this study, and seeing the real work effects with the people in your the circle, I ask you the following question: how many studies, scientific articles, and campaigns are needed for everyone to finally understand the damage that a bad diet has on your health? Concerns me most, is that no matter how many studies come out, we as a society fail to understand the damage that bad food decisions now, have on future generations?

It is time to move on from so the stage of research and studies, reflect on our habits, and START TO ACT.

“Where do I start?” A common and important question! Experience has shown me that the best answer is: start where you feel most comfortable – this will help you avoid leaving the process – but start!

I invite you to read our previous posts, identifying first habit you want to adapt, and take advantage of my advice, to do it in the simplest way possible.

Learn more about our posts and some of the original recipes I’ve made in our Blog . Also, check out our favorite products on our website !

Sugar industry: The chronology of a hoax 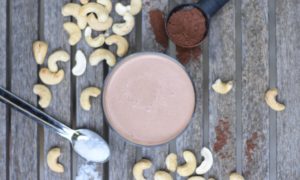 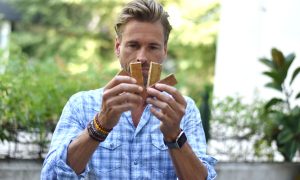 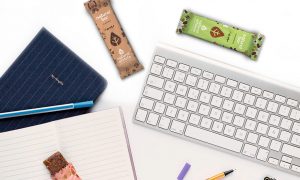 Is the snack really necessary? 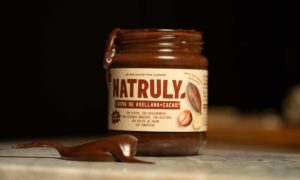 A New and Improved Cocoa and Hazelnut Butter Spread!